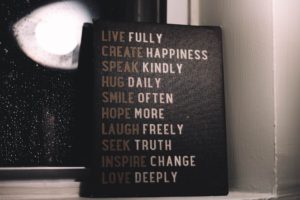 My acting instructor, Julie-Anne Liechty says, “Acting is being real in pretend situations. Anything else looks like acting.”

To paraphrase the Chevrolet commercials, however, most of us are real people, not actors. (Although I have met some pretty real people who are actors and some “real” people who are anything but.) Even if you never plan to act, there is much that can be learned about good communication from the theatrical arts and what it takes to be a good actor.

One such acting technique developed by Julie-Anne that is very powerful on stage or in real life is called, playing verbs.

In theater, each character in a scene wants something from the other character(s). You as an actor must figure out what it is your character wants from the other character(s) in the scene you are playing. Once you have identified that motive, you put it in verb form—an action you will take to get what you want. It might be to convince, to love, to threaten, to dazzle, or to seduce the other person. The verb you have identified then becomes what drives your character physically and emotionally in the scene. You don’t pretend, you let your action and reactions become real—not “acted” out as you let your acting be guided by the verb you have identified. The results look and feel natural, not pretend or affected, because they are real to the situation.

You can use this technique in real life also. Say you are going to have a conversation with another human being, and you would like a certain outcome from that conversation. Maybe you want to engage, connect, charm, persuade, or sell them. With that verb in mind, you begin the conversation. As you converse, watch and listen to how the other person responds to you, and respond back naturally to them—no acting allowed. Be real, be a real person—and not an actor. You will find that your interaction will be more intentional, more connected.

When this technique is used on the stage in a pretend world, it creates a powerful scene. When it is used in real life it can create magic. Try it and see what happens. That is what communication should be—real with real people.

Good luck—or should I say, break a leg!

Share on Social Media
twitterlinkedinemail
April 9, 2018 Jeff Vanek Blog Acting, Action, Connecting
This blog is ultimately about relationships - to ourselves, to each other, and to nature. By signing up, you agree to receive the occasional, irregular email from me letting you know that there is a new post to read . . . whenever I get the urge/energy/motivation to actually write a new post.

I am the director of human resources at a zoo where the human species in the workplace environment is my field of expertise. Besides a law degree, I have a master’s in environmental science with a sustainability emphasis. My professional experience can be summed up in two words: compliance and culture. My philosophy of work and life can be stated in these two words: servant leadership. I strive for social and environmental justice as expressed by these three words: people, planet, profit. 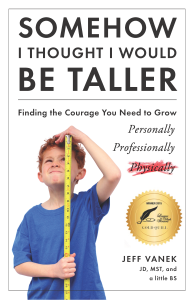